Home » Articles » Why we must keep supercomputers “cool”.
× Share this Article 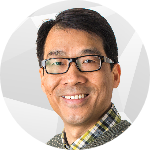 The restorative behind one billion smiles – and counting.

Dentists around the world have trusted 3M’s dental restorative over one billion times. Dental expert Chuck ...

11 Things You Need to Consider Before Using Structural Adhesives on Your Repairs.
Read Article
Return to Home
How science is re-imagining the world’s energy.
Learn more.
Why investing in sustainability is important.
Find out.
A sustainable future. Within reach.
Read more.
× Streams