According Michael Cadieux, one of the toughest obstacles facing electricians today is simply finding a way to enter the trade.

And he would know.

Although he is now a Master Electrician, he too struggled to find his first big break while looking for an electrical apprenticeship.

The importance of a network to land an electrical apprenticeship.

“I think that finding an apprenticeship can be really tough,” he says. “I personally searched for one for over a year before I was able to find an ‘in’ through my brother’s father-in-law, who put in a good word for me with an electrical company he knew.”

Michael’s experience highlights one of the biggest lessons he’s learned over the course of his career - that the construction industry is a community and just like any other industry, building your network can have a tremendous impact on getting an electrical apprenticeship.

“My advice for people trying to enter the trade today, aside from sending out your resume and cover letter to every company you can find, is to also get a job as a labourer,” he advises. “That experience definitely puts you ahead. Not only does labouring on a jobsite allow you to interact with other trades and find out who is looking to take on apprentices, it also trains you on basic safety rules, which makes it easier for companies to hire you.”

Be ready to work once you’ve landed your electrical apprenticeship.

As you embark on your journey to accumulate 9,000 hours of experience, it helps to be prepared to work in conditions that will both challenge and test you. Work is physical, can take place in extreme temperatures and ultimately requires patience, perseverance and an open mind to continuous learning.

According to Michael, it also helps to be prepared to learn how others go about the work, as different people may have a different method to reach the same end result.

“My first day was in the dead of winter, working in residential,” says Michael. “I showed up and the journeymen I was set to work with was very gruff. He asked me, ‘Do you know how to put a plug in?’ “

“I said yes because I’d done one or two before, but as I started doing the work, he said ‘No, I want it wrapped around this way.’ He then tossed me a box of plugs and said ‘Great, now do that 100 more times.’ And left me alone for hours.”

1. The Work is always New and Changing

While the diversity of work available in the electrical trade can be staggering, especially with the development of complex manufacturing systems and home automation, the development of new innovations can provide challenges that are both exciting, and, well, challenging.

“Buildings evolve as they’re being built,” Michael says. “On topical prints, engineers can’t anticipate everything – e.g. duct work might interfere with lighting – you have to work with HVAC and plumbers and you have to adapt and work as a team. Change orders – the direction to update electrical so that it fits within the rest of the building components – occur frequently. Even if 50 % of a job is complete, it may still need to be dismantled and redone.”

2. How an electrical apprenticeship opens doors

There is a wide spectrum of places for electricians to go once they’re ticketed.  “You can do factory work, robotics, solar, I’ve worked with the highline guys, I got to see quite a bit.” Mike commented, “I got to do some factory servicing work where we were adding things to a packaging plant. It’s got the widest spectrum of work.”

Now self-employed, Michael’s business, Fortified Systems, focuses on assisting with the development of security and fire alarm systems – it’s complex work that challenges him to engage his knowledge and creativity each and every day.

He’s also had the pleasure of teaching the future generation at London Ontario’s Fanshawe College.

“I’m really excited about the next generation of electricians coming in,” he admits. “I think that every generation goes through the cycle of looking down on those who are up and coming because they develop the thought that ‘the young kids don’t want to work like we did’ but in reality, you’ve got kids who are naturals and also those who are among the most hardworking, amazing people I’ve met in the trade thus far.” 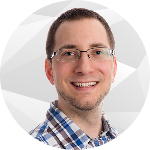 3 ways to save manufacturing costs with tape.

11 Things You Need to Consider Before Using Structural Adhesives on Your Repairs.
Read Article
Return to Home
× Streams